Yesterday an anti-corruption summit was held in London. During the press-conference following the summit, a Hazara activist interrupted the speech of President Ashraf Ghani, who was invited to speak.

After few minutes the activist was taken away by Ghani’s bodyguards, who mishandled and beat him very badly. 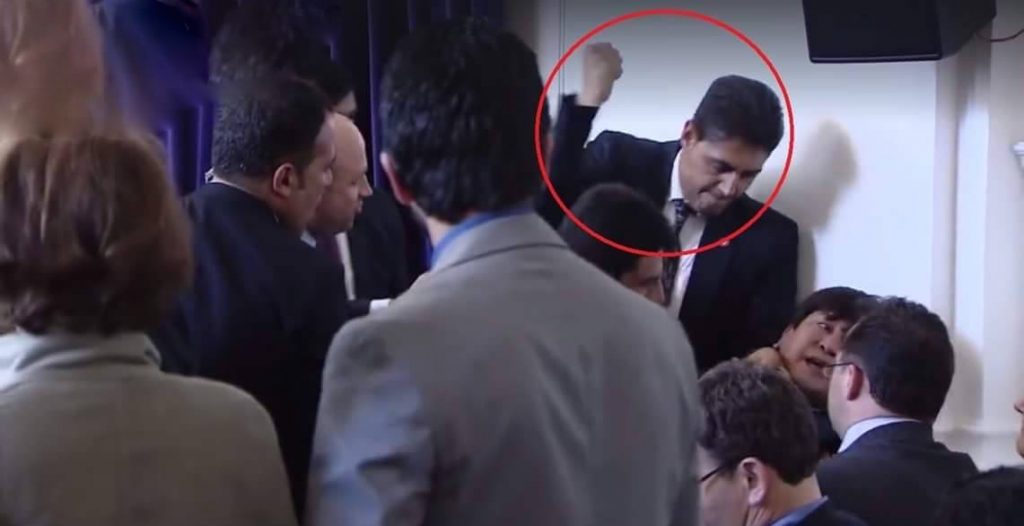 The name of this activist is Jafar Atai and he is a British citizen. At the end of this video, it’s possible to hear him screaming and asking for help. All this, happened after the last protests, during which thousands of people have claimed their right to electricity (after the changes to the TUTAP project).
This “Enlightening Movement” showed how in Afghanistan, energetic discrimination is just the other face of ethnic discrimination.
Meanwhile, demonstrations multiply: parliamentarians, journalists and artists join the protest, leaving to the Ashraf Ghani government two choices: answer to the population demands of transparency and fairness, or accept the consequences of its indifference.

The role of Pakistan in Afghanistan:Interview with Basir Ahang